Anyone who is known to make music, but is not associated with any reputed record label could be called an independent musician. The primary objective of all musicians whether self-published or unpublished is to get an audience for their music. They only wish that their music is heard, enjoyed and appreciated by someone.

A teenager recording his first music or even a band that has been active in the local club circuit for years could be referred to as an indie musician. One thing common among all indie musicians is the desire to make it big in the world of music.

So how do you intend to make your music heard? Are you thinking of hiring a DVD replication Sydney service or do you hope to rely on digital downloads for publicising your brand of music? You need to figure out what could be the best way to digitally distribute your album.

Would you be relying on a CD exclusively release or would you be selling the mp3s and CDs on your website only? Remember that your sole goal is to make your brand of music readily available for everyone, everywhere.

Know the History of CDs Rise to Popularity

Back in the 1980s the Compact Discs popularly referred to as the CDs began to gain popularity over the vinyl records and the compact cassette tapes. CDS began to gain major foothold during the mid-1990s. The launching of recordable CD-R Discs and consumer-grade home recorders was responsible for the ever-growing popularity of CDs.

Statistics reveal that about 200 billion Compact Discs have been purchased globally since they were launched about thirty years back. People soon realised the advantages of hiring a DVD replication Sydney company.

More and more people switched to CDs and DVDs because the process of hiring a DVD replication Sydney service is easier and cost-effective.

Life has become highly competitive for CDs in this hi-tech era. In this digital world, various Online Downloading Services are giving a major competition to the good old CDs and DVDs. The world of music has undergone a radical change ever since the digital distribution of music via Internet has become popular.

Amazon mp3, Apple’s iTunes and Napster2.0 have been responsible in revolutionizing the world of music globally. If statistics were to be believed, it is understood that Apple has sold more than 10 billion songs through their iTunes store exclusively.

Internet however, has certain pitfalls. Piracy of music has become rampant. Musicians have been complaining across the world about revenue loss, but the problem continues unchecked. The music pirates are running and using illicit file-sharing sites and programs. They seem to be beating the authorities and are always way ahead.

Case in Favour of CDs

You cannot underestimate the value of hiring DVD replication Sydney services. You can listen to some heart-warming music on a CD player everywhere at home, at the computer or even in the car. You could sell a fully customized CD package to your latest fans at any live show. The fans get a relatively very high quality version than a downloaded file.

It is highly debatable whether CDs are still required in a world dominated by iTunes. One could even ask if a mere computer file can prove to be adequate in terms of the convenience and quality of music associated with a DVD replication Sydney company.

Integrate the power of Internet distribution to discs. Now you could rest assured to see your music permeate through all music lovers worldwide. There are several ways of enjoying music. Some are happy with music online. For others CDs are the best way to enjoy music. 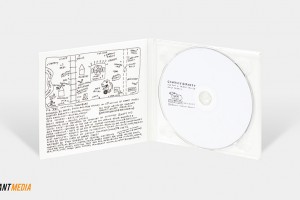 CD pressing is nothing but CD replication. CD pressing and duplication are actually the two methods of reproducing...
Copyright © 2016 Implant Media | All Rights Reserved